In 1965 Jose Sarria founded the Imperial Court de San Francisco, which was the first “court” of what is now known as the International Court System, a grassroots network of organizations that works to build community relationships for equality and raise monies for charitable causes in their respective communities. With 70 affiliated “chapters” in the United States, Canada, and Mexico, it is one of the largest LGBTQ+ organizations in the world.

Each of these Imperial Court System “Chapters” are self-governing organizations that raise funds for charities in their own cities. We provide links to these Courts as a way to honor Jose Sarria’s legacy of community service and encourage you to support these individual independent organizations. 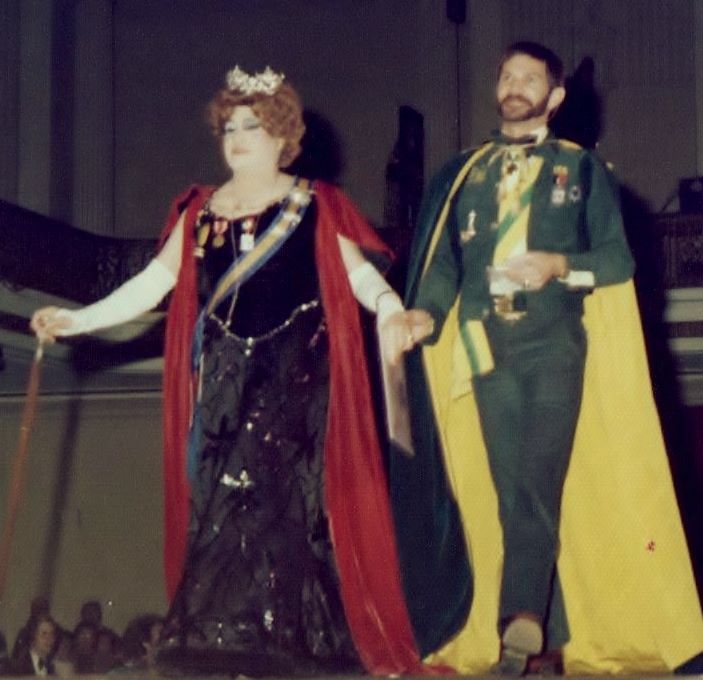 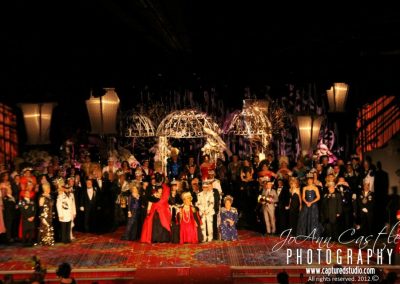 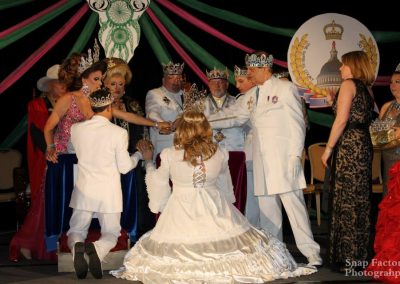 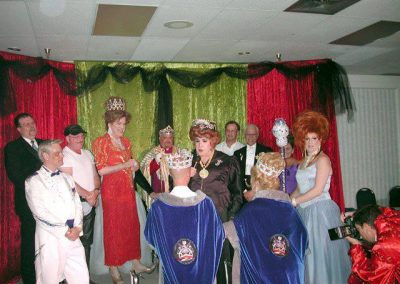 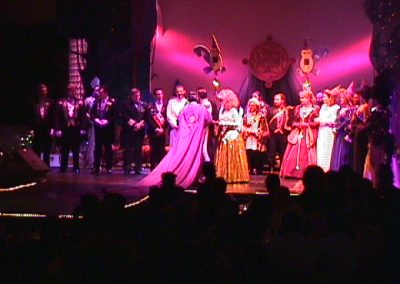 If you notice an error, please email us. EMAIL

If you notice any broken links or if one needs updated, please email us. EMAIL

The Jose Honors was created by the International Court Council to not only recognize the outstanding achievements of individual Courtiers and Courts of the Imperial Court System but also reflects upon the legacy of Jose Sarria, the beloved founder of the ICS.

We are not affiliated with the Jose Honors, but include the list of honorees as a part of Jose Sarria’s legacy of community service. 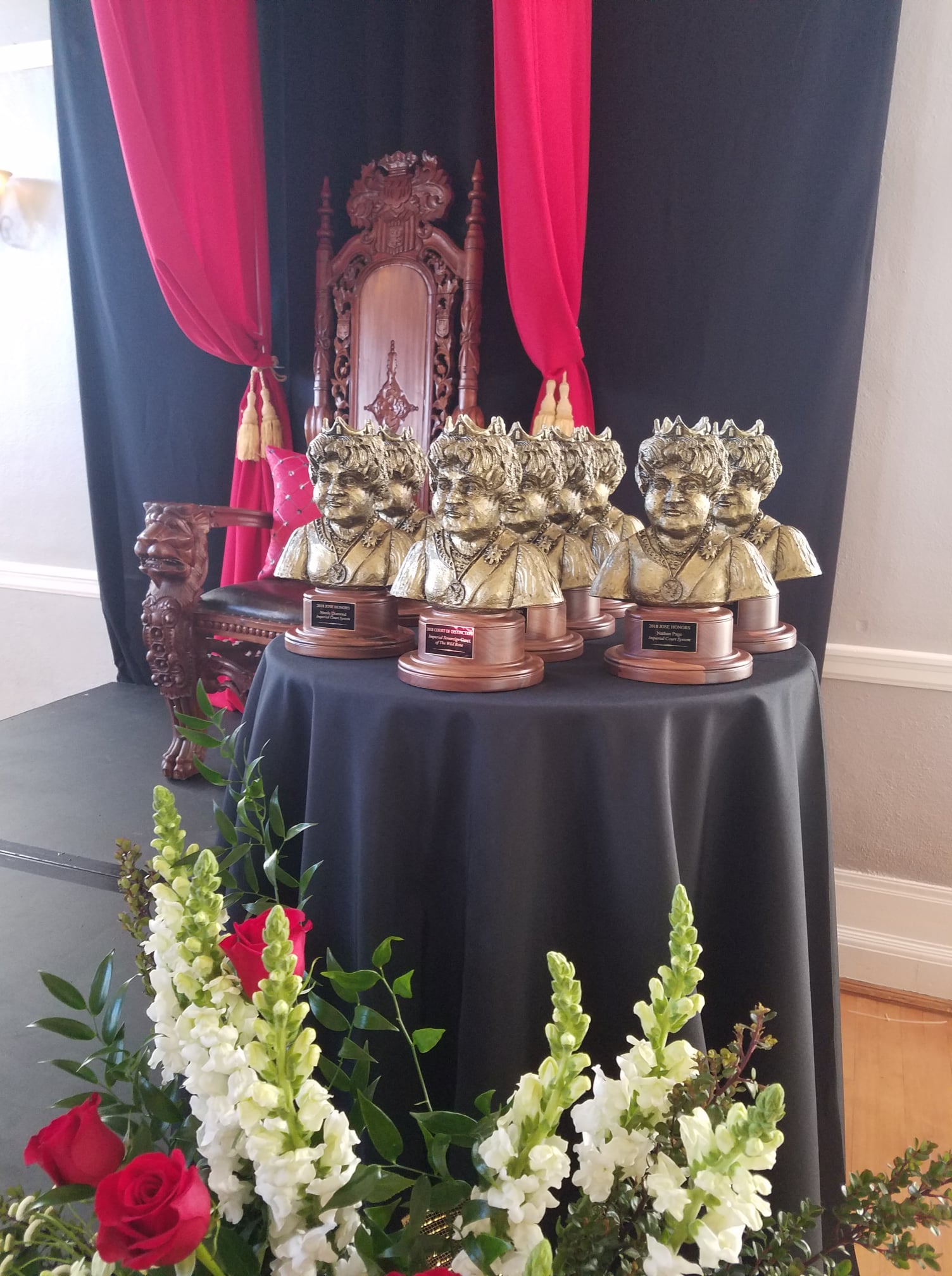 Jose Honorees over the years 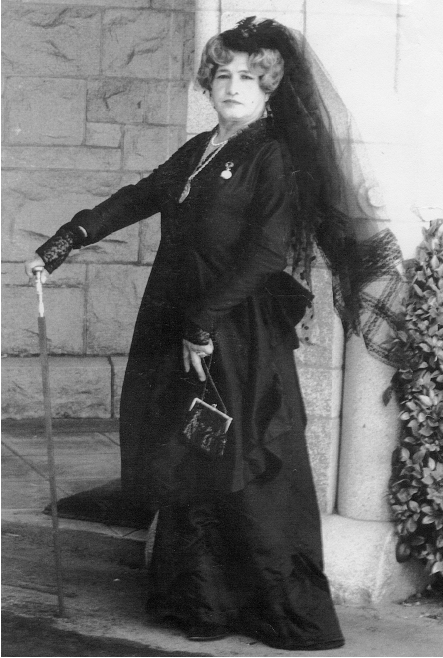 Jose as Widow Norton at annual pilgrimage to the cemetery

The Jose Julio Sarria International Scholarship Endowment was created in 2015 by the International Court Council. This fund is fully administered by the ICC and the endowment is managed by the Blue Grass Community Foundation.

We provide this link to it to encourage donors to support this incredible legacy created by the ICC to honor Mama Jose. www.josescholarship.org

For the love of Mama Jose…

This scholarship honors the legacy of Jose Julio Sarria, a decorated veteran of World War II, LGBT civil rights pioneer, a noted cabaret performer and an historic icon often referred to as the GLBT Rosa Parks.

In 1961 Jose became the first openly gay candidate to run for public office in North America, running for the San Francisco Board of Supervisors position that would later be held by Harvey Milk. In 1965 Jose proclaimed himself Empress of San Francisco and founded what is now known as the International Court System a group of 70 affiliated independent charitable organizations in the United States, Canada and Mexico. Each of them are dedicated to improving their communities and making them safer places for everyone, including members of the Gay, Lesbian and Transgender communities.

The scholarship was created by the International Court Council, to honor our beloved founder Jose and to promote his legacy of charitable works and commitment to civil rights.